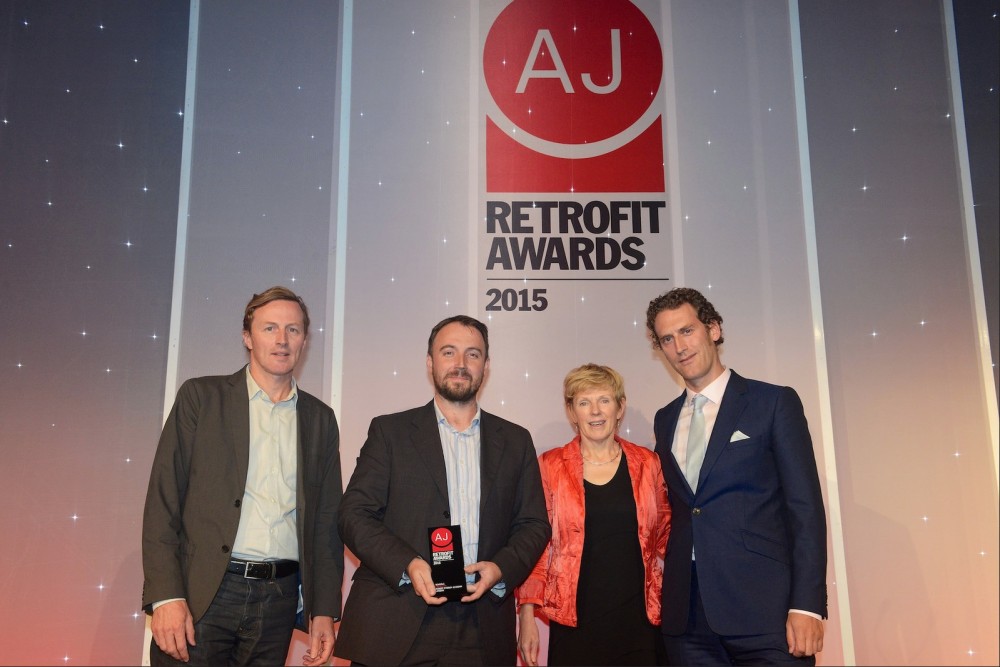 Celebrating the years most excellently executed refurbishment projects across the UK, the 2015 AJ Retrofit Awards are amongst to most prestigious in their field, so Architype was delighted to be named winners in this years ‘schools’ category with our scheme for the Robert Fitzroy Academy.

Architype was the only practice to be shortlisted twice within the schools category, for the Robert Fitzroy Academy, a four-form entry primary school in Croydon, and Camden Centre for Learning, a scheme that transforms two existing school sites to support education and care for pupils with social and emotional behavioural difficulties.

However there could only be one winner and it was the complex four-phase renovation, conversion, and extension to the formerly named ‘Davidson Centre’ that most impressed the judges. Bringing together several eras of buildings on one site, the new scheme offers a contemporary and coherent design that adds a new layer of history for the school, as well as a sustainable future through its improved building fabric.

‘My first thought when I saw it was “lucky kids”,’ said one judge on viewing the Academy.

The design has so far been well received, collecting its second award this year after being named RIBA Best Building for Croydon Sutton and Bromley earlier in 2015.