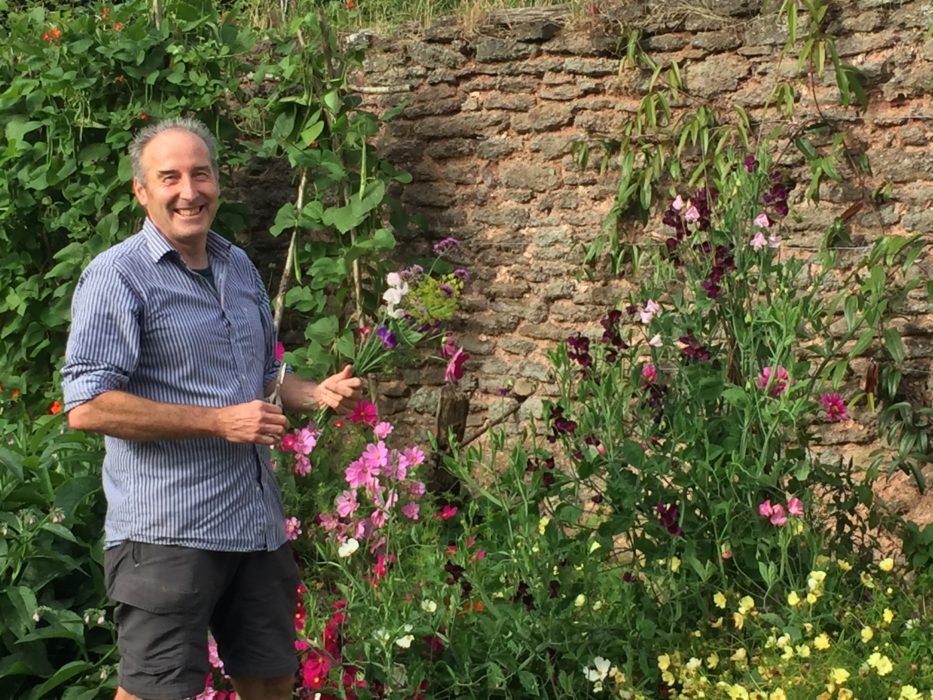 Howard was my oldest, closest and dearest friend.

He was a key part of our family life for more than 30 years.

He was present at most significant moments, and many day to day events – as he was for so many of us here today.

Howard and I met in 1987 at Solon. Those were heady days, and he was a great support to me in finding my feet as a young architect, and we quickly became good friends.

That there are many here today from Solon days, and from every stage of Howard’s life is testament to his dedication to his friends.

Shortly after I joined Architype in 1989, Howard began freelancing with us.

When Hilary and I moved to Hereford in 1996, Howard followed a few years later, and his close and unique relationship with Architype grew and flourished.

Over the years he developed a special place in our practice, at Upper Twyford barn, and in our hearts.

Deep down Howard was a free spirit, and after many years of service on the design and production frontline he chose to step back.

This meant that he could take a different perspective; one which enabled him to hold, and remind us, of the true inner spirit of Architype.

In particular he encouraged us to think more deeply about design.

Howard had a big impact on many of our key buildings, including the Genesis Project – for which his exquisite hand drawn details appeared on the front page of the Architects Journal.

And of course Upper Twyford Barn, which he designed…. in which his acute eye for design is abundantly evident.

The care and attention, sensitivity and generosity, not to mention thought and anguish, that he gave to every aspect of the building…………and to every tiny detail………. is testament to his skill, passion, and dedication to design.

We feel his presence in every detail.

Howard’s influence however, goes beyond the tangible architecture of the barn, and the gardens which he lovingly tended.

Nearly every time he and I met up, and in many a card, email or text, he would have an idea to share, a question to ask, or a challenge to pose.

These were shared with sensitivity and humility, and always with a twinkle in his eye.

He loved, and I always relished, the conversations that then ensued.

When he was in Hereford, Howard was in and around, to and fro, the office and gardens every day.

New young staff and old timers alike, would be drawn to him to seek his advice and counsel – on anything from a tricky building detail, to a major life crisis.

Howard would always have time for you.

Most of us experienced and benefited from his ability to listen and empathise, to offer encouragement and advice, to give confidence and inspire.

We will all miss those conversations.

It is extraordinary that there are so many people who counted Howard as a very special friend, and whose lives have been enriched by him.

And so many who occupy buildings that bear the imprint of his design sensitivity.

There are not many people like Howard in the world, and I feel enormously privileged to have known him.

I’ll finish with an extract from some words Howard wrote to me in 2010 which capture beautifully his approach to architecture:

>he described his ideal building, as one that is filled with natural light and feels connected to the outside

> to the earth and the sky – through windows and roof lights….

> and has fresh air flowing through, whatever the season…..

Howard finished by outlining his view of the role of the architect, saying:

> if we show humility, and have empathy with our clients

> if we give them physical space for their life

> they will not only love their building,

As we celebrate Howard’s life, I am sure that we will all take something of the essence of Howard, and the legacy he has left us, to inspire us going forward – both in friendship, and in architecture.

Twyford Barn
Back to top
X