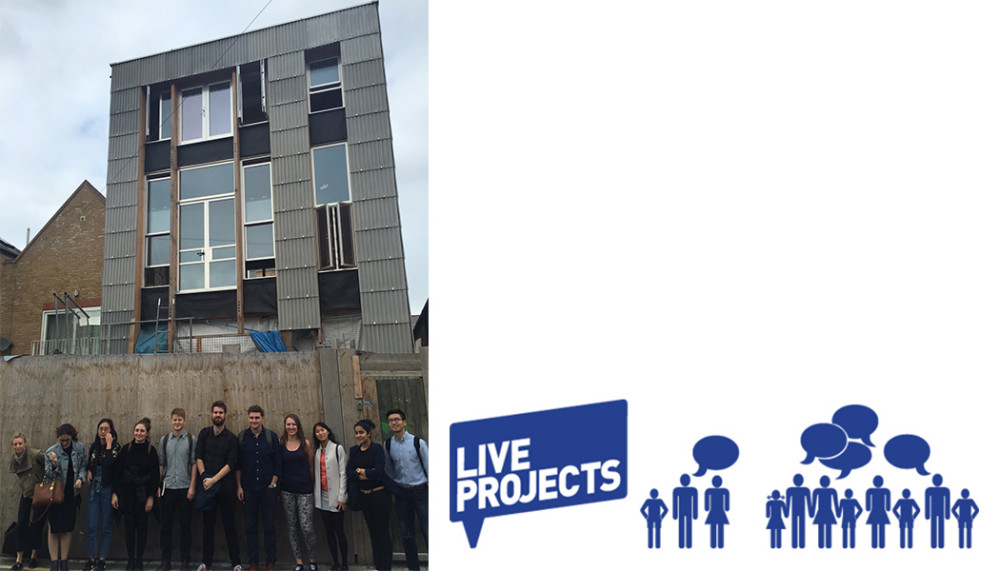 Last week 12 Masters in Architecture students from the University of Sheffield visited our London Office to kick off their Live Projects work for the RUSS (Rural Urban Synthesis Society).

The day started with an introduction to the project, where the students were able to find out a bit more about the design work that had been completed so far. We also discussed with them the type of work that would be useful for RUSS, which the students could develop over the next 6 weeks.

We started our precedent investigation Greenwich, visiting a self-build project designed by Practice Architecture. Peter, the self-builder gave us an introduction to the project and talked us through the excitement, logistics and potential complications of building your own home. All food-for-thought for the students to take back to their drawing board.

We moved on to Walter’s Way in Honor Oak, where the Chair and Founder of RUSS, Kareem, showed us around the street and inside his home there. Walter’s Way being an early Self-Build project built in the eighties, it was interesting to compare it with the 2016 version. Kareem was also able to give the students an insight into his ideas behind the RUSS project.

After this we met with Tim, who will be a resident at the Church Grove project who is a member of RUSS. The students were able to ask him his ideas and worries about the self build process, which he will be embarking on next year. All this information will create the brief for the project.

The students have now got to work to start designing and prototyping self build ideas for Church Grove project. Watch this space to see what they create!