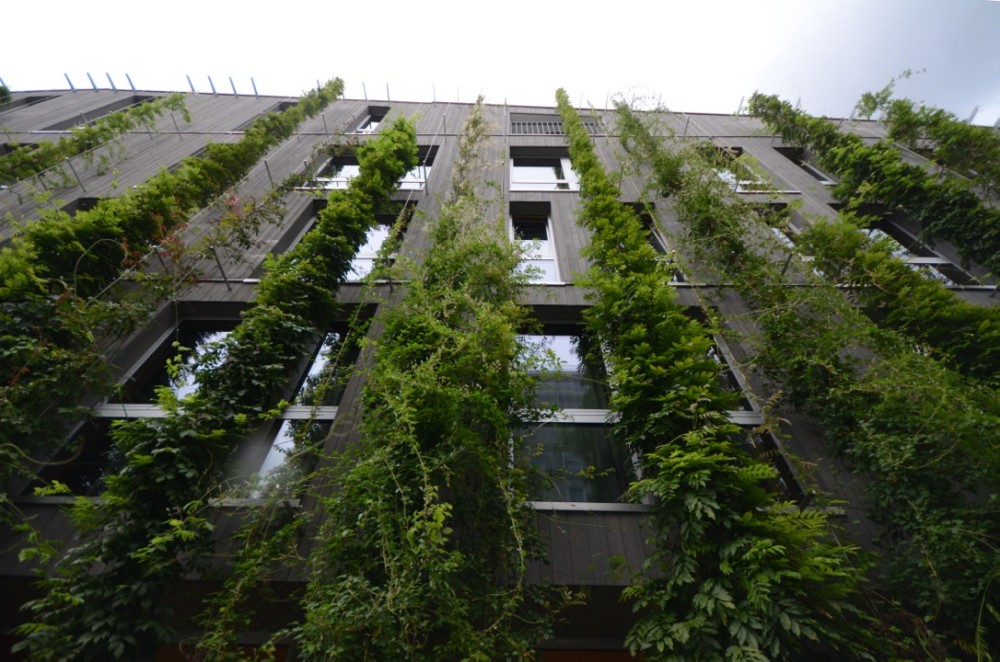 Architype is currently working with Bristol Community Land Trust and United Communities Housing Agency in Bristol to explore new housing typologies. As part of this research a visit to Vauban in Freiburg, a cutting edge sustainable community in Southern Germany was organised.

Freiburg sits between the River Rhein and the Black Forest, on the main train line between Geneva and Frankfurt. The city of some 220,000 residents is known for embracing low energy and ecological strategies in its development, led by Professor Wulf Daseking as City Planner.

Famously establishing some of the first German community led renewable energy production cooperatives and also pioneering the use of ‘Baugruppen’ (building groups) to provide local housing provision, Freiburg is built around 5 ‘fingers’ of development. It is served by a modern, efficient tram system, the Black Forest and surrounding areas are easily accessible in between each finger.

The area of Vauban houses some 5,000 people and is built on the abandoned ‘Vauban’ military barracks. Following the closure of the barracks in 1989, the City of Freiburg bought the site, which occupies some 38 hectares. With the shadow of the 1986 Chernobyl nuclear disaster still hanging over the world and a stressed German housing market, the decision was made to construct a sustainable new district in its stead. Zoning plans and strategies were created to deal with the management of soil, energy, water and traffic. The goal was to create a ‘colourful’ district with a wide range of different housing options – all with low energy consumption and a virtually car-free infrastructure – by bringing together both private and public facilities, and the green networks associated. This planning approach represents a successful example of inner city development and innovation, and thus contributes to decentralised urban development and to the ‘city of short distances’ concept.

The building stock consists of many German ‘low energy houses’ (<65kWh/m2a); a good proportion of Passivhaus’ (<15kWh/m2a) and most recently Passivhaus+ houses that are designed to be energy neutral/net exporters of energy.

The area is very quiet (the only sound I could hear in the evening while sitting on the balcony of my air bnb was children playing and someone practicing their cello!) with the majority of local journeys completed by bicycles or the very clean & efficient tram system. Small shops and cafes are interspersed in amongst the residential units, which made the pedestrian/cycle paths lively and welcoming.

Balconies are de rigueur and are covered in an amazing variety of climbing plants creating a layered translucency of privacy and public spaces. Each row of houses has a ‘public’ front that has limited car access and pedestrian/cycle priority. To the rear is more private space, each house/flat being allocated either a balcony or ground floor area. Beyond these are communal gardens that are often filled with children’s wild play equipment and outside pizza ovens and the like, all within ‘shouting distance’ of the surrounding properties.

Residents can own a car if they want, but parking is restricted to small communal garages. There are several car pools that allow infrequent access to a shared vehicle.

Vauban is a very inspiring community and exemplifies that with careful planning and well thought out design there are other routes to take for the provision of private/social and rented housing.