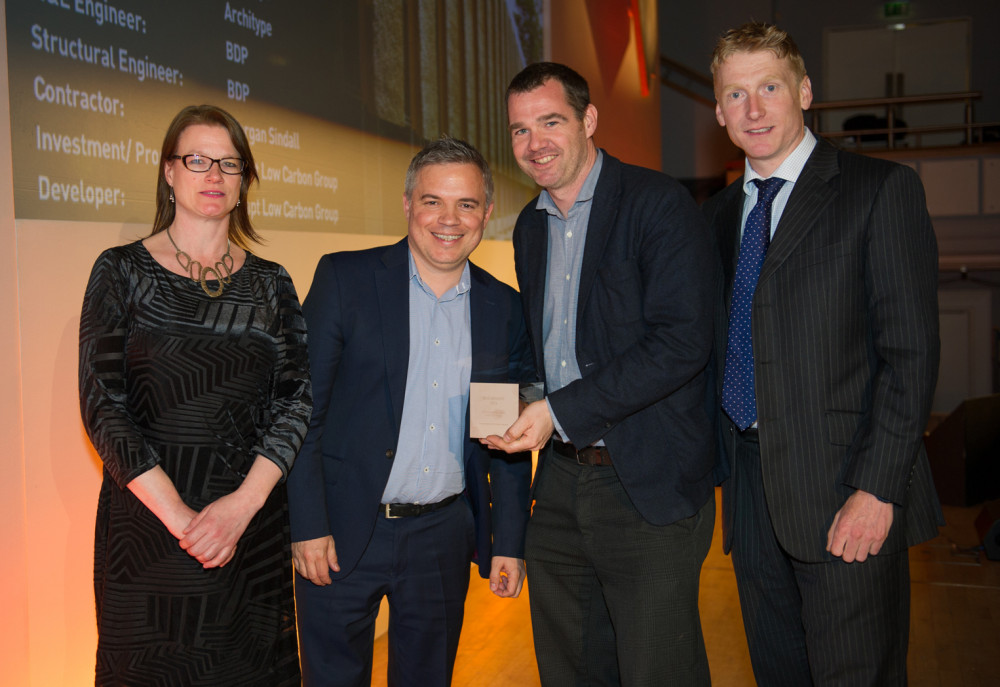 The past week has been cause for real celebration, with two of our projects, the Enterprise Centre and Burry Port Community School, receiving a combined total of 5 respected awards!

‘This is an extremely sensitive, very carefully considered building that focuses the on health and wellbeing of pupils and sets the bar higher for future schools in Wales,’ said Chair of the Judges, Chris Loyn.

Shortlisted for the British Council for Offices Regional Awards, the Enterprise Centre managed to scoop two awards at the midweek ceremony, the first for Best Corporate Workplace and the second, an Innovation Award.

The Enterprise Centre was selected for ‘Its stimulating interior and groundbreaking low-carbon sustainable technologies, teamed with its bright, spacious feel and state-of-the-art facilities.’

The building will now be entered for the national awards later this year.

Architype is also pleased to be included in the AJ100 listing for the second year running, and shortlisted for 4 special awards including; Building of the Year with the Enterprise Centre, Employer of the Year and Best Use of Technology with pioneering software Rapiere. We will also be trying to defend the title of ‘Sustainable Practice of the Year’, which we were honoured with in 2015.

A poll for building of the year is still live if you want to get involved. Vote and have your say! AJ Building of the Year 2016 Poll